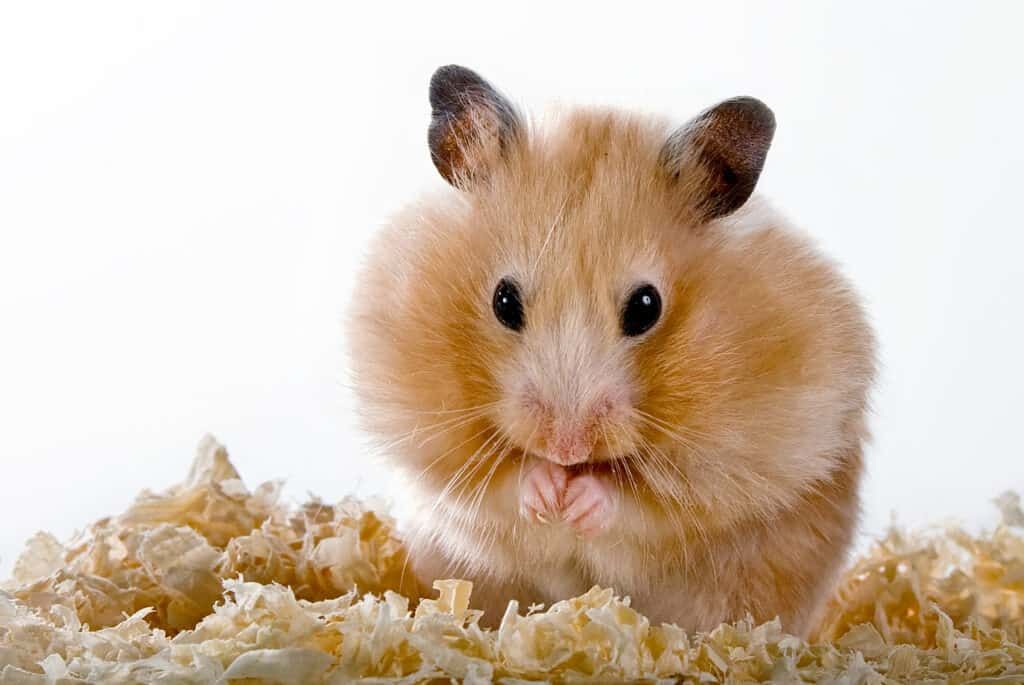 Having a pet at home is a wonderful thing to do. They are stunningly attractive, incredibly lovable, and completely committed to you.

People used to just keep dogs and cats as pets, but now there’s a rising interest in other small mammals.

They’re great for the family pet role because of how easily they form bonds with children.

A hamster is the best pet you can have. The small furry companion is naturally sociable, tolerant, and submissive.

Yet, a short lifespan (about two to three years) is one of the drawbacks of keeping a hamster as a pet.

Cute as button hamsters can be, their fragility can result in an unexpected demise.

So, let’s go into the hamsters’ background to figure out what caused their untimely demise.

Why Did My Hamster Die?

Due to their small size, low maintenance requirements, and general availability, hamsters are among the most popular small pets in many countries and a popular “starting pet” for younger children.

Parents who want to purchase a pet for their child but don’t want to be trapped with it after the youngster goes out may find hamsters appealing because of their extremely short lifespan.

Many hamsters will die “for no cause,” or in a way that no one can explain.

When housed together, hamsters have a higher risk of dying quickly or even at the same time.

It’s important to remember that this is a typical occurrence that is usually not the owner’s fault.

What Is The Average Age Of The Hamsters?

Hamsters are small, social, and simple pets. Comparatively speaking, their lifespan is relatively short when compared to that of other types of pets.

Most hamsters live for about 2–3 years. On the other hand, if provided with all they require, they can live for a very long time.

11 Causes of Sudden Death in Hamsters

Even then, most hamsters are not expected to live very long, as their lifespan is only 18 months to a year, at most 3 years.

If you’ve acquired an adult hamster and have no idea how old it is, it’s possible that it’s nearing the end of its natural lifespan.

However, aging is not a medical condition. Although old age is often a red herring, it is still advisable to try to find out for sure by having a necropsy performed on your pet if at all possible.

Furthermore, please be aware that your hamster may appear to be dead if it has been kept in unusually frigid temperatures.

If the cause of death is determined to be natural after a necropsy, the pet’s owner may finally rest easy (this can also occur if your hamster was not elderly).

Because of the limitations of veterinary treatment in comparison to human medicine, some illnesses treatable in dogs and cats may not be possible to treat in hamsters.

Although stress is not a sickness in and of itself, it can have a significant negative impact on your hamster’s lifetime by lowering their resistance to illness.

Also Read:  Can Hamster Eat Mango? Is It Safe?

Clostridium piliforme is an opportunistic pathogen that can affect immunocompromised or stressed hamsters.

Unexpected deaths in hamsters are often attributed to cardiovascular issues like heart attacks and strokes, which can be brought on by either short-term or long-term stress.

A natural death from old age is another possibility.

When hamsters pass away unexpectedly, congestive heart failure is often to blame. In older hamsters or hamsters with a genetic predisposition, this happens when the hamster’s heart muscle becomes too weak to pump blood effectively. Possible symptoms include difficulty breathing, agitation, edoema (fluid retention in the belly), and a bluish cast to the skin.

There is a high incidence of atrial thrombosis in geriatric hamsters, reaching as high as 70%. In many cases, heart failure is the underlying cause of thrombosis. Cyanosis (blue toes and feet), hyperpnea (rapid breathing), and death within a week of onset are some of the symptoms.

Polymyopathy is an example of an illness that may run in families. The condition, which is passed on via a recessive gene, causes the heart and muscles to weaken, ultimately resulting in the death of affected hamsters from cardiac failure.

Cardiomyopathic (CM) hamsters were shown to have shorter lifespans and to have had detrimental pathological changes to their hearts at an earlier age than “healthy” hamsters in a study comparing the two groups over time. The hamsters’ natural lifespan varied, although some of them only lived 11-13 months. Thus, cardiac failure can manifest in hamsters far earlier than would be predicted.

In young hamsters (aged 3-10 weeks), an infection with the bacterium Lawsonia intracellularis is one of the most frequently occurring spontaneous illnesses.

Clostridium difficile, Escherichia coli, Proteus morganii, and Clostridium piliforme are all bacteria that have been linked to diarrhea in adult hamsters.

The condition only manifests itself in animals lacking a functional immune system.

The presence of moisture in and around the hamster’s genital area is a quick and straightforward technique to diagnose wet tails in your pet.

It’s also possible for them to dry out. Weight loss, anorexia, an untidy coat, tiredness, and a stooped posture are other signs.

There is some evidence that stress has a role in the onset of this illness.

A total or partial occlusion of the ileum is a common cause of death in wet tail survivors.

In fact, the mortality rate can reach 90%, and the average time to death from the onset of symptoms is just 24 to 48 hours.

As the second most prevalent potentially fatal disease in hamsters, this lung infection is a major concern.

Pneumonia can be caused by a number of different bacteria, including those of the genera Diplococcus, Pasteurella neurotropic, Streptococcus, and Staphylococcus.

The Sendai virus has been discovered in the lungs of hamsters purchased from pet stores, proving that it can cause pneumonia in rodents.

Most cases of pneumonia in well-maintained hamster colonies are caused by Mycoplasma pulmonis or Pasteurella pneumotropica.

The digestive tract, hematopoietic system, skin, and extremities are the most prevalent sites of spontaneous cancer in hamsters. When it comes to cancers of the blood and immune system, lymphoma is by far the most common diagnosis. Anorexia, alopecia (patchy hair loss), and weight loss have been observed in hamsters with cutaneous lymphoma. Misdiagnosis of Cushing’s illness is possible due to these symptoms.

There have been numerous reports of skin cancer, called melanoma, in hamsters, most of which have been found in males.

The incidence of neoplastic disease is five times higher in Djungarian (winter white) hamsters than in Syrian hamsters, and most of the tumors are located in the integumentary system.

Although hamsters are less prone to develop cancer than rats, chickens, or some mice strains, the disease is nonetheless often reported and probably remains undiscovered when hamsters suddenly expire away.

Hamsters are susceptible to a wide range of pathogens, including viruses, bacteria, fungi, and parasites.

Female hamsters are more likely to suffer from age-related kidney disease known as degenerative renal disease, and this condition is often accompanied by the development of amyloid deposition.

There is some data to suggest that a high-protein diet may enhance the risk of nephritis in hamsters.

Hamsters aged one year and up are susceptible to this disease, which manifests as fluid-filled sacs with thin walls throughout the body.

Although the liver is the most commonly affected organ, it has also been seen in the epididymis, pancreas, and oesophagus.

For elderly hamsters, this condition represents a potential cause of “old age.”

This is most noticeable in the liver, spleen, kidneys, and adrenal glands.

Hepatic and renal amyloidosis are both associated with significant weight loss.

Except for the Chinese hamster and inbred strains of that species, diabetes in hamsters is quite unusual. Diabetes is more common in “dwarf” hamster varieties.

A hamster with diabetes will exhibit increased urination and drinking behavior in addition to other symptoms such as weight loss, fatigue, and a pungent urine odor.

Diabetic hamsters may have their lives prolonged if they are fed a particular diet.

Is There Anything That Can Be Done To Avoid A Hamster Dying So Easily?

Cleanliness and neatness are not issues for hamsters. Nonetheless, their health might be negatively affected by a number of other disorders.

The hamster may not exhibit even though most diseases have crucial symptoms.

To prolong a hamster’s lifespan and reduce the risk of premature death, it is advisable to undertake the following:

What Steps As Pet Owner You Can Take To Improve The Health And Life Of Hamsters?

When you’re a responsible hamster owner, you can do a lot for your pet’s well-being.

Provide a safe and comfortable environment with a clean, safe, and secure home, along with plenty of playthings, food, and sleep.

Keep an eye on their health while you tend to their comfort.

Making sure to contact the vet if you notice anything out of the ordinary can go a long way toward ensuring a happy life for your hamster.

What can you do to help keep your hamster happy and healthy?

It’s easy to freak out when you realize how many things could potentially harm your furry pet, so try to take a deep breath and calm down. You shouldn’t feel hopeless because there is some control you can exert. Some things you can do are listed below. 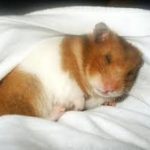 Wet Tail in Hamsters: Everything You Need to Know 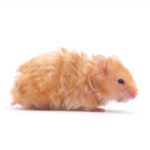 Can Hamsters Get Mites? 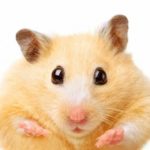 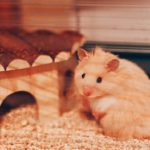 What Do Hamsters See, Hear and Smell? 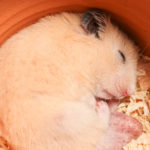 Do Hamsters Hibernate? What To Know To Save His Life 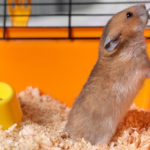