Sometimes rabbits will consume their own offspring. The most common causes of this include stress, a lack of protein in the diet, and extreme territoriality in your pet.

Before your rabbit has her litter, give her a diet of Alfalfa hay. This will stop her from being so hungry that she has to consume her young.

She may consume the placenta after giving birth, but she can mistake the infant for food if she does. If there are warning signals, the kits should be discarded.

Rabbits are herbivores, unlike hares. They aren’t carnivores, thus they almost never eat their young. The risk is greatest for young rabbits, especially those raising their first litter.

Fearful and bewildered, the rabbit does what comes naturally to her.

What is Rabbit Cannibalism?

As a form of cannibalism, rabbit mothers may sometimes consume their young. There is a wide range of possible triggers for this syndrome.

There aren’t just rabbits that eat their young. Common animals that are notorious for eating their young are listed below.

Why Do Rabbits Eat Their Babies?

A mother rabbit may consume her young for a variety of reasons, including:

How to keep the mother rabbit from eating her babies?

It should be becoming more obvious how we can stop rabbit mothers from eating their young now that you know why they do it.

Since all of the causes of rabbit mothers eating their young are related to maternal behavior or diet, this suggests that we may intervene before birth to prevent the problem.

1. Make sure your rabbit’s mother has plenty of protein in her diet.

Alfalfa is the hay with the greatest protein and nutrients per acre, making it a great choice as a prenatal supplement for your expecting mother.

2. If you have the choice, don’t breed very young rabbits.

Birth is a stressful event, and any bunny that isn’t completely grown and mellowed is more likely to have a negative reaction.

3. Remove anything that may be stressful to the Mother

It’s best to keep the mother’s immediate vicinity as free of distractions as possible in the hours and days before and after giving birth.

Stress and danger signals can be reduced by cultivating an environment of peace and quiet.

4. Monitor the mother and newborn

Keep a tight eye on them once they’ve given birth. Because she needs to eat the placenta to replenish her nutrients, the mother needs to be closely monitored should she consume one of her young by accident.

After exhausting all of these avenues, if the mother continues to show signs of violence towards her newborns, it may be necessary to remove them from her care.

If you find yourself in this situation, go to the instructions below.

How Does A Mother Rabbit Normally Care For Her Young?

When a rabbit gives birth to her litter, the mother immediately begins to care for them.

She plans to only give them food twice a day, at night and dawn.

Mother rabbits in the wild will purposefully abandon their young while staying nearby.

Baby bunnies don’t yet have a fragrance as their parents do.

She will draw the attention of the predators away from her nest.

She will go back and forth to the nest several times a day, keeping a wary eye on things.

How Do I Know If My Mother Rabbit Is Taking Care Of Her Babies?

Your mother rabbit may not be actively caring for her young. This in no way indicates that she has abandoned them.

Observe for these signs to determine if the mother rabbit is properly caring for her young:

If she’s not caring for the baby rabbits, you’ll notice the babies are:

If the mother isn’t providing adequate nourishment for her young, there’s not much you can do. You could try feeding them yourself, but it’s not easy.

The bad instinct of the mother persists. It’s not uncommon for a mother rabbit to lose one or two of her young if she gave birth to a large litter (more than 10).

A rabbit mother should not be given any mint-related plants while she is nursing her young. Her milk will stop flowing if you use mint.

Will A Mother Rabbit Kill Her Babies If Humans Touch Them?

When people come near their young rabbits, the rabbits won’t kill them.

This is not why rabbit mothers murder their young. Baby bunnies are handled frequently by breeders, and the mothers don’t mind.

A well-adjusted mother will welcome human contact with her young.

Also Read:  Bowl or Bottle: Can Rabbits Drink Out of a Bowl?

How Do I Know If My Female Is Ready To Breed?

In general, domestic rabbits make excellent new parents. Ensure the health of the female rabbit you intend to breed before doing so.

When planning on breeding your female rabbit, keep in mind the following:

Always take care of your female rabbit’s health before you breed her. A healthy rabbit will be a good mother.

What Should I Do To Prepare For Baby Rabbits?

You should prepare for the birth of rabbitlings before you breed your rabbit.

It just takes three to thirty-two days to have a baby. Don’t put your rabbit through the added stress of waiting until she’s already pregnant.

She could have a hard time adjusting to her new life or her pregnancy. The following are some steps to take before getting baby rabbits:

How Does The Mother Rabbit Prepare For Birth Of Babies?

When rabbit mothers are getting ready to ‘kindle,’ or have babies, they remove fur from their stomachs.

This fur will be used by the mother to line the nesting box you’ve provided her in the cage. The hairless infants can stay hidden and warm behind their fur.

This response is natural. Don’t mess with her if she decides to line the nest with fur.

It’s important that she decorate the abode to her tastes.

As a female rabbit, your interference could cause unnecessary stress. Not all pregnant women start making their nests until the day they give birth; some wait until the last possible moment.

Keeping an eye on your female’s nesting behavior can provide you clues as to whether or not she will make a decent mother.

That she doesn’t use her own fur to line the nest is a possible indicator of her lack of maturity.

It is possible that you will need to take the rabbit litter and place them with another mother rabbit.

Why Is My Mother Rabbit Stepping On Her Babies?

As long as she keeps her nails cut, she won’t injure them. Baby animals can usually handle their mother walking on them, but you should still keep an eye on them just in case.

Make sure the straw doesn’t get in the way when she feet on them.

Make sure the mother rabbit isn’t ignoring her young, and that she is providing adequate care, including a healthy diet.

Why Would A Mother Rabbit Might Bite Baby Rabbits?

Some rabbit owners claim their rabbits’ mothers bit off part of the newborn’s ear when they were born.

Some of the newborns, it was alleged, were bitten by their mothers during breastfeeding.

Mastitis, also known as enlarged or inflamed mammary glands, can cause this symptom.

She’s attacking the infants because breastfeeding causes her pain.

Make a trip to the vet to see what she can give the mom to ease the discomfort and infection.

When there are multiple newborns in a cage, especially older babies, it is not always the mother that bites the babies’ ears.

When this occurs, it’s time to start weaning the baby off of mom.

The weaning age for a baby rabbit is between 6 and 8 weeks.

There is widespread agreement that it’s safer for the developing infant to wait until 8 weeks.

Will a Male Rabbit Eat His Babies?

Kits shouldn’t live with their fathers because male rabbits rarely eat their young. Fatherly instincts are absent in male rabbits.

There are numerous ways in which newborn bunnies might get harmed.

Babies can’t be fed by a male rabbit. The young bunnies will starve since their supplementary needs will not be addressed.

The male rabbit may view these newcomers as potential threats to his territory. He will almost certainly play a subservient part.

To be sure, he will use every opportunity to establish his authority.

Once a female rabbit becomes pregnant, it is best to keep her away from the male.

When pregnant, rabbits become extremely aggressive and may even attack a potential mate if they feel threatened.

It’s best to have a male neutered while a female is pregnant.

A male rabbit remains fertile for up to six weeks after being neutered, so you shouldn’t put him back in the hutch right away.

Conversely, women can become fertile again within 24 hours after having birth. 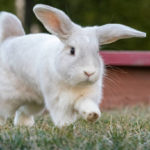 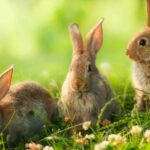 What Do Wild Rabbits Consume? 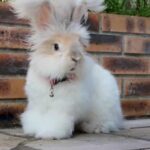 Everything About English Angora Rabbit 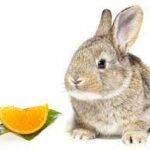 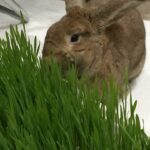 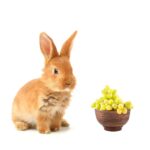